Reachable is a product developed to show your “social proximity” to someone in your sales channel (vs. the typical physical proximity). Think 6 degrees of Kevin Bacon and you’re on the right track to understanding the idea behind this product

Originally developed as both a Salesforce plugin and a standalone app, the standalone app had reached the point where showing the more complicated social connections had become confusing to the user.

Taking a holistic approach in updating the app, I focused the team on being specific about the types of interactions that would be the most valuable to their user base to see vs. the “throw it up against the wall and see what sticks” mentality that is often used in initial design phases of complicated information.

With this approach and the inventory of the current interactions already existing on the site, we were able to put together the framework to enhance the standalone platform. We then took the established approach we had built out for the standalone app to see if there were any places that we could make the Salesforce integration easier to digest.

To assist sales persons, sales managers and sales ops personnel to better understand and manage their “social proximity” to leads, accounts and opportunities by upgrading the visualization of the interconnectedness of leads to each other and to employees and their connections

In the initial layout of these pages, the ability to differentiate was not present. The client understood from user feedback that this piece was going to become vital as they began to move focus more towards their standalone product, so it had to be addressed. 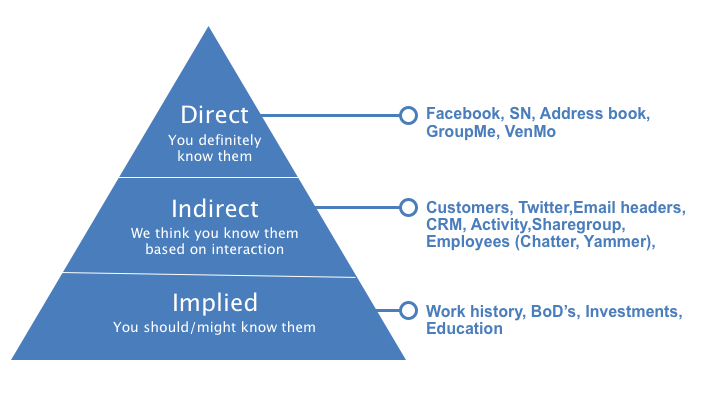 The types of connections were broken down into three categories: Direct, Indirect and Implied. These categories are used to determine the strength of the connections when visualizing them with direct being the strongest and implied being the weakest 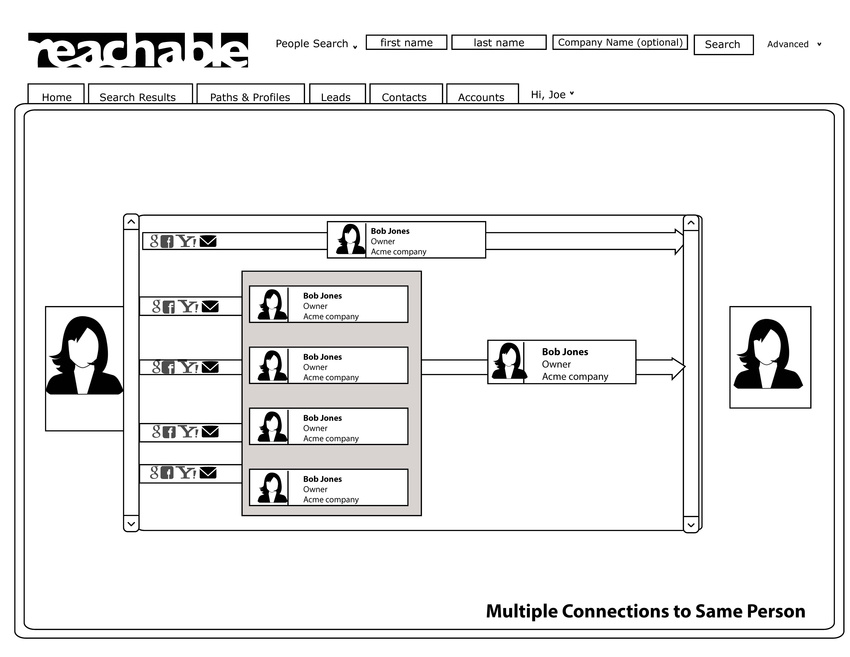 One User has many connections to another single user 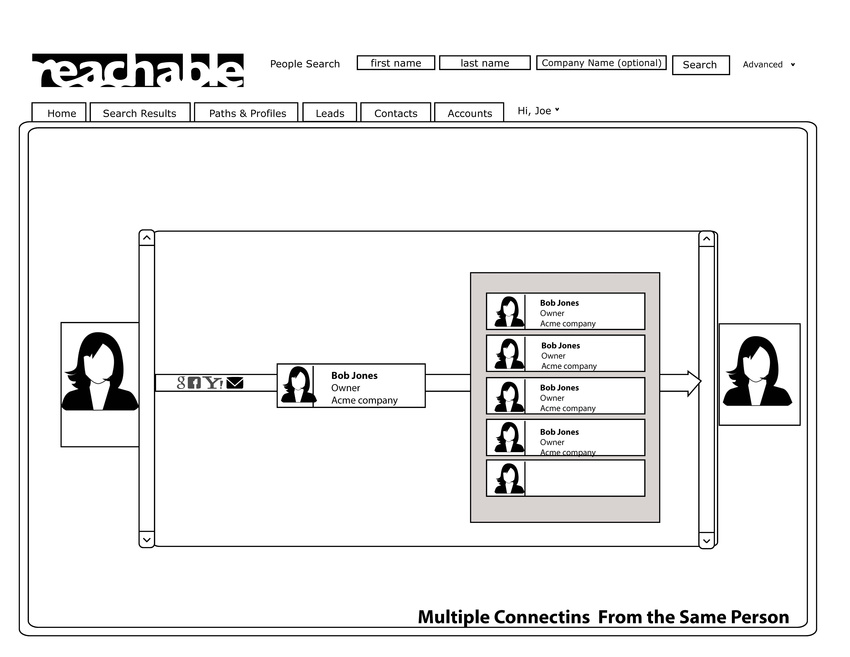 Example Sally knows Mary who knows Maria, Melissa, Sue and Bob and they all know Gloria 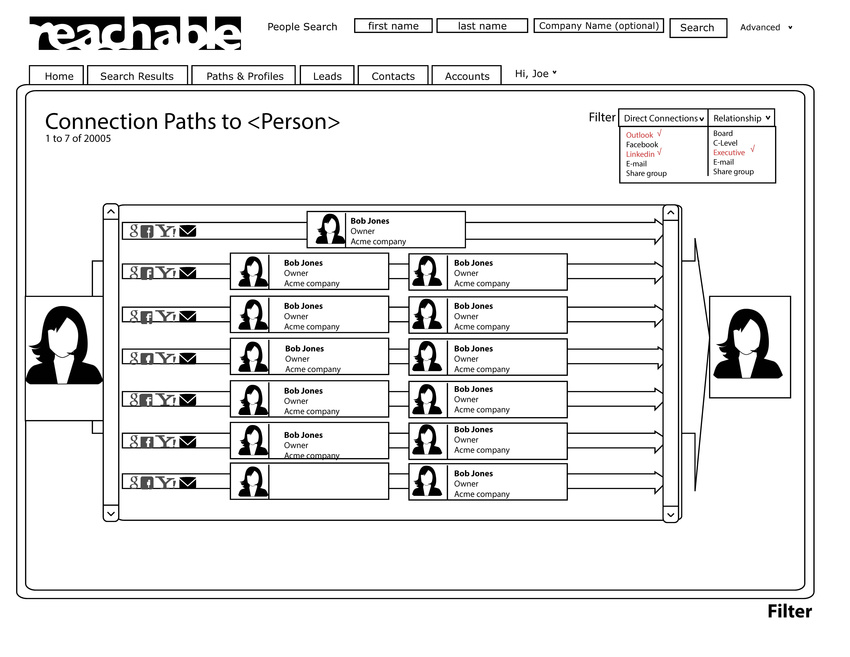 One user has multiple different lines of connections to the user 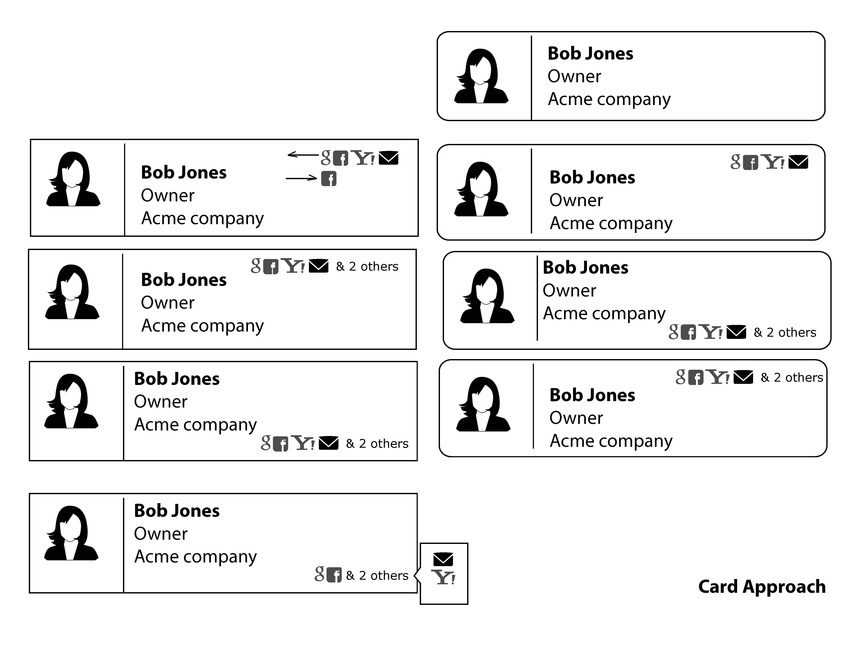 The card is the key concept of the overall UI. This allows users to easily scan how they're connected to the users in the chain and to get the information quickly at a scan

What Needed to be on the individual Card 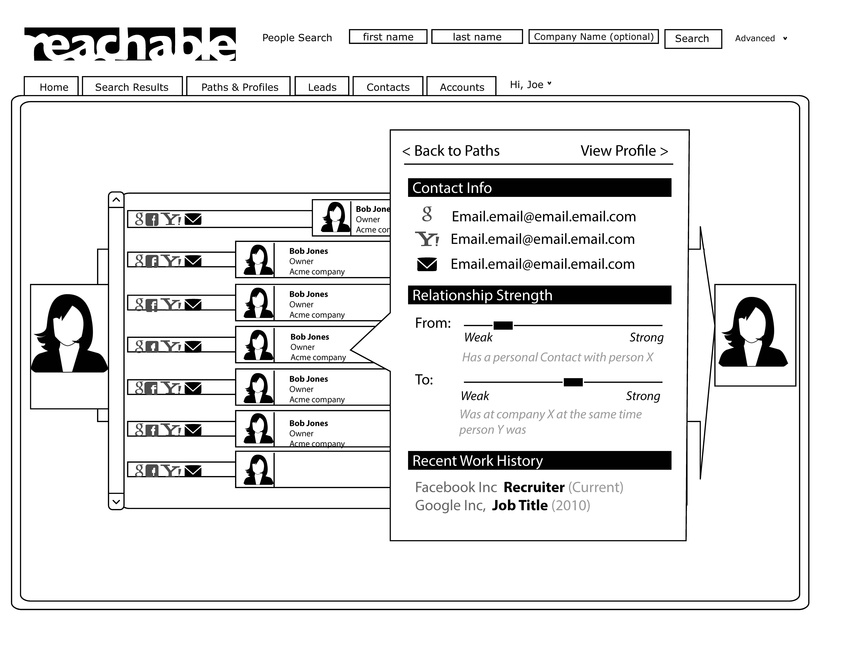 As the card is the most important piece of the UI for the reasons stated above, the initial hover state of each cards allows user to dig in even deeper to gain even more relevant information around the social proximity of the users that will allow them to prospect in entirely new and exciting ways

Summary
This was the first project where I really had to dig into how to visualize complex data, something that would become somewhat of a calling card on future projects.

The challenge was great to wrap my head around how the data was actually being collected and connected, but once I took the time to dig into that and fully understand how the back end of the product was both currently working in Salesforce and the standalone app, we were able to make some great enhancements that allowed user to gain valuable insight from their data.